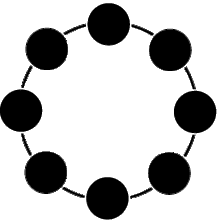 Gion Higashi parted from Gion Kobu in 1881. Once the area was called Gion Otsubu (祇園乙部, lit. "second-class Gion") or Zezeura (膳所裏, lit. "behind the Zeze mansion"), but these names are considered derogative now. In 1949 the district was called Higashi Shinchi. The current name, Gion Higashi, was inherited in 1955. This particular area used to be an enormous residence of the Zeze samurai clan from the Shiga prefecture. Their mansion was demolished around 1870 and that space allowed to build new teahouses of Gion Higashi. Back then, the number of geiko and maiko was reaching 1000 at the area and they entertained at hundreds of the local teahouses (nowadays only 8 left). The Zeze mansion used to be located just next to the Kankame Shrine which is now the most important religious place for Gion Higashi. Kankame Inari Jinja (観亀稲荷神社; it's nicknamed Kanki Jinja) is a venue of a street festival every May. The shrine is a home for a fire-prevention deity, Hibuse (火防).